Cursed Lands is a multi-user text based RPG game or MUD(Multi-User Dungeon), which makes use of its own custom client. The game is in development and many features are still being implemented and tested. 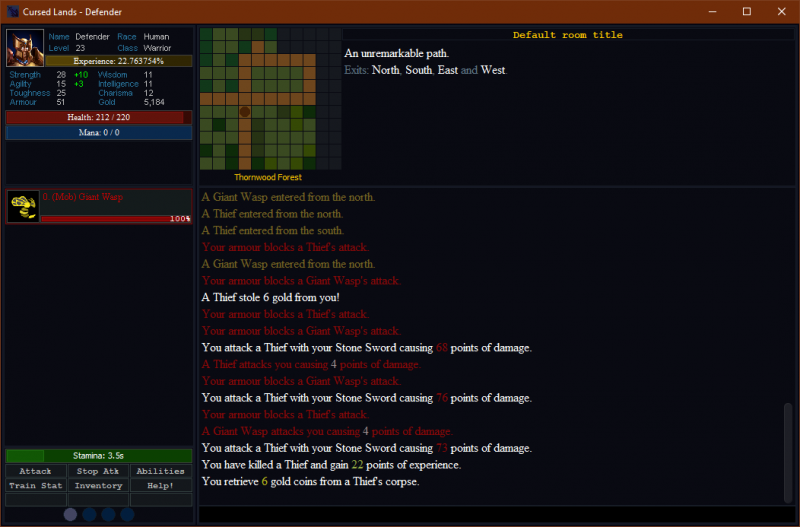 Movement is done by using the arrow keys on the keyboard and pageUp and pageDown. Make sure the chatbox is selected and empty.

To attack, select your target by clicking on it and press the attack button or f1 to begin attacking.

You can type use /a NAME to attack. Part of a name works also i.e /a t to attack a thief. List position can be used too.

Using a skill is same as above but /skill instead of cast.

To level up find your trainer can click train.

You can respec (reallocate) your stat and ability points by purchasing an Amnesia Potion from the shop 1s1e from TS. Admin may also give you a few, if you're new/low level. 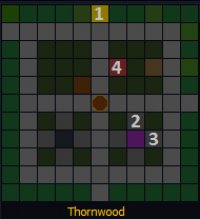 Check hotkey section below for some examples.

Must be in the same room as the Banker.

The keys F1-F9 can be used to preform an action like attacking or casting a spell. To open up the hotkey panel, click on the second circle (below the attack, inventory buttons) on the bottom left of the client, then right click on a button. A window should appear, in the first box you put the name that will be displayed on the button and the second the command you wish to use.

There are a few other keyboard command you can use to control the game.

Link to a Google sheet containing some in game items/mobs etc. Kept up to date by Scykes.

Except where otherwise noted, content on this wiki is licensed under the following license: CC Attribution-Share Alike 4.0 International